During the past five years the student body has averaged 203 students in grades K-12. Classes range in size between 15-20 students. Elementary (K-5th grades) students comprise approximately 45% of the student body and attend classes on the upper campus of the school–separate from the middle and high school campus.

Since 1983, the year of the first graduating class, 347 students have graduated from GBCS. The state of West Virginia began offering the Promise scholarship to graduating seniors in the spring of 2002. Since that time 33%-50% of Greater Beckley seniors have qualified for the scholarship, and of those students who have chosen to use the award nearly 100% have retained the scholarship throughout their college attendance. This compares to a state retention rate of 10%.

Greater Beckley students have consistently scored in the upper percentiles of all standardized tests including Explore, Plan, Terra Nova, ACT, and SAT tests. Graduates have proven their academic preparation by attending colleges and universities across the United States. Greater Beckley students have also won the state Golden Horseshoe contest and advanced to the state spelling bee level. In addition, our students have won state and national essay and poetry contests.

In 2006 Greater Beckley received candidacy status with the Association of Christian Schools International (ACSI). Full accreditation status was awarded in 2014. GBCS continually strives to provide an atmosphere in which students can grow spiritually while at the same time acquire an education of academic excellence founded upon a strong, Biblically based, college readiness curriculum. 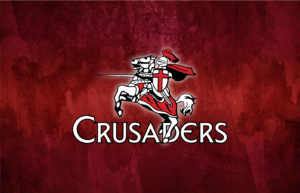